What is Coral Spawning and why is 2017 so special?

Coral Spawning is like Christmas Day for reef colonies all over the world!

While many of us may think of coral as a plant or even a rock, it is actually made up of lots of small “polyps” – colonies of small animals that live in symbiosis with photosynthetic algae (zooxanthellae). Like all animals coral must reproduce, but unlike most they do it simultaneously!

Eggs & sperm (gametes) are released into the water and that is what causes the amazing ‘snowglobe’ effect, as seen in documentaries such as David Attenborough’s Blue Planet. 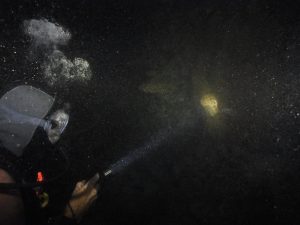 It was here in Townsville back in 1981 that James Cook University researchers made a breakthrough that has shaped science’s understanding of mass spawning.

These scientists observed that spawning events on the Great Barrier Reef always occurred after a Full Moon, and published a pioneering paper about it four years later. We now know ocean salinity, currents, tides and even species diversity play a role too! While many types of coral spawn, not all do. Some species reproduce asexually and literally clone themselves instead.

One of the reasons the spawning is so remarkable in Townsville is because twelve out of the fifteen families of coral that can be found on the Great Barrier Reef are spawning varieties. Where elsewhere in the ocean just a couple of colonies may spawn, here we are often treated to 88%. It is truly breathtaking.

So what better place to witness the reef’s birthday? For an ocean lover, there are few experiences more festive than watching the reef’s Big Bang; the future reef snowing upwards towards the surface in a pink and white flurry, brushing your face and fingertips on their way. Coral Spawning could even hold secrets of saving the Great Barrier Reef from bleaching. It’s a magical, slightly disorientating once-in-a-lifetime experience on many divers’ Ultimate Bucket List.

So why not tick it off your list this December? You can join our exclusive Split Coral Spawning Liveaboard on 5th – 9th December 2017.

After all, how often does Christmas come twice?! 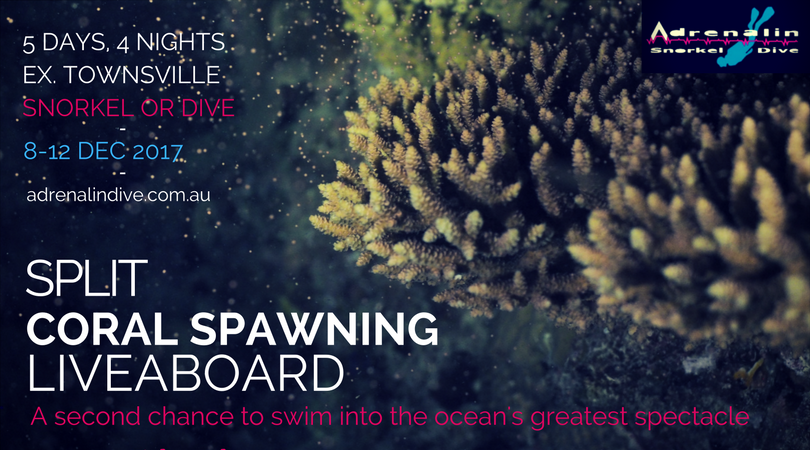 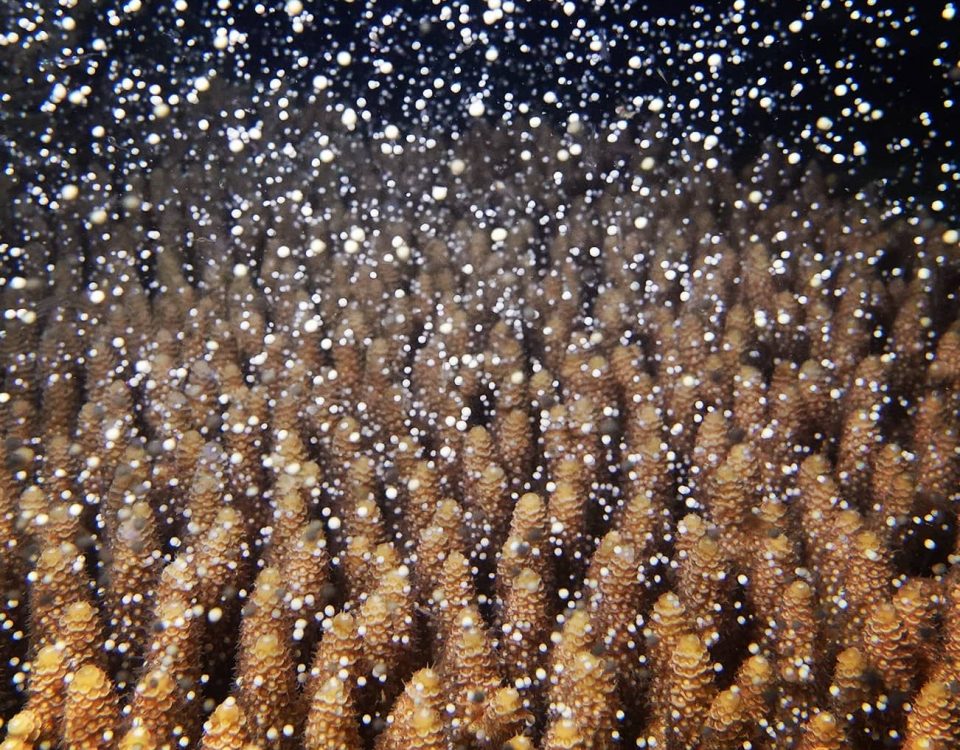 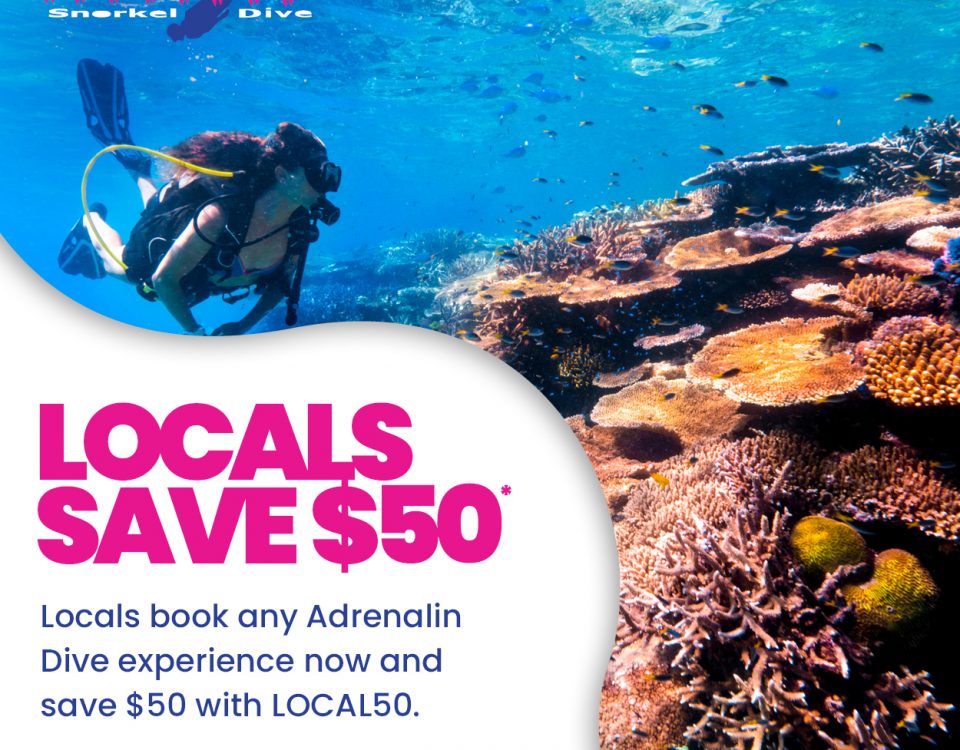 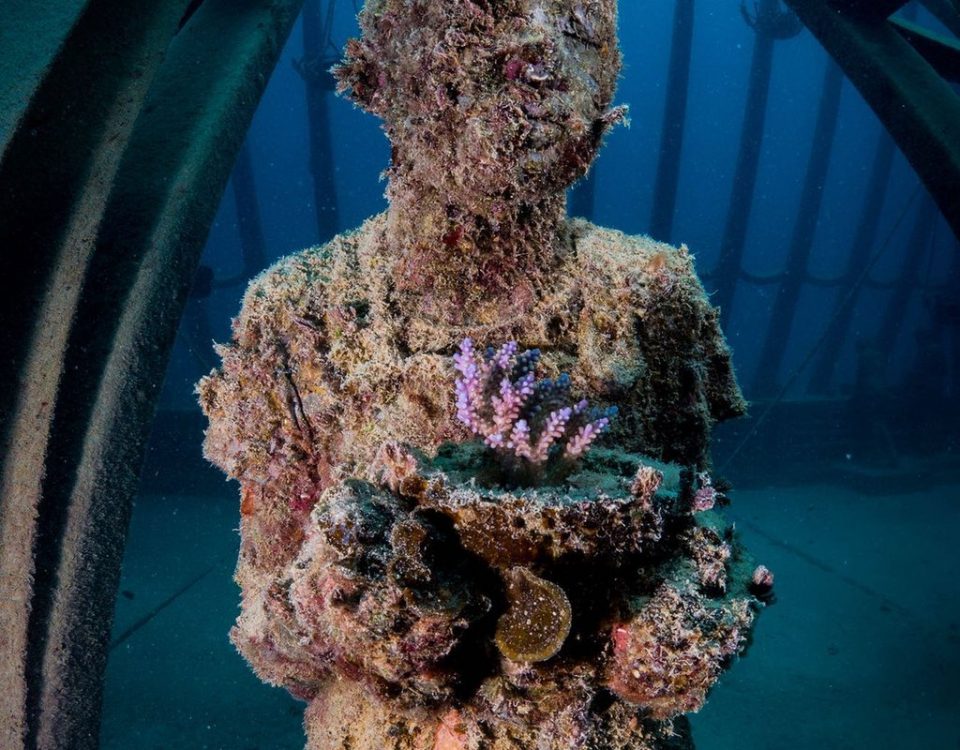